With PDR paintless dent repairs Shrewsbury, Telford & Shropshire vehicle owners can get rid of those unsightly dings and small dents, quickly & economically without breaking the bank.

Can All Dents Be Repaired Using PDR Dent Removal?

Not all car dents can be repaired using the paintless dent repair method.

PDR is mainly for those annoying small car park dings & dents where the paint has not been broken.

This process involves a variety of specialist techniques to manipulate the metal back into its original position.

If the paint has also been damaged, such as deep scratches or scuffs, or chipped off, then PDR' whilst rectifying the dent, may cause additional paint loss which we would advise against.

Also if the dent is sharp, or there's a crease, or the metal has been stretched, this will often mean it will not be able to be repaired using paintless dent removal.

Some larger dents can also be on panels where there is no access to the rear of them, as they may be double skinned or have strengtheners glued to the panel, and are too large to pull from the front.

To repair these type of dents, you will need a more traditional bodyshop dent repair which we also offer. 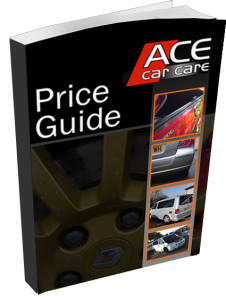 How Is Paintless Dent Removal Done?

There are 2 ways in which small dents can be removed using PDR methods, and they depend on the access to the rear of the dent, as well as the size & severity of the dent.

Providing there is access to the rear of the dent, most PDR technicians prefer to use rods to remove the dent.

The way this is carried out uses a 'rod' with a special & appropriate sized/shaped tip on to lever the dent out.

First aceess to the back of the dent is established, which could be down a window appature if it's a dented door, or though a light on a wing dent or dented quarter panel, etc.

Next a board with parallel lines marked on it is placed in front of the dent & the reflection from it is used.

The technician then places the tip of the rod on the back of the dent using the reflection on the board to help identify where the rod tip is & how hard to push the metal to get it back to it's original position.

The area pushed by the tip is usually very small, so the dent area has to be workedaround the dent very carefully to achieve an invisible repair.

If there is no access to the rear of the dent, another possible method is using glue pulling, although this is usually only suitable for smaller shallow 'ding' dents.

An appropriately sized/shaped 'tab' is glued to the painted side of the dent using special hot melt glue & left to cool.

The tab/dent is then pulled using a slide hammer to lift the metal usually higher than the original position.

Using a special polypropolene tap down tool & lightweight hammer, the raised metal is then tapped down to the correct level & shape, again using the line board to check

How Much Does PDR Paintless Dent Repair Cost

If your dent can be removed using PDR dent repair techniques, then it will usually be significantly lower cost than a traditional bodyshop dent repair, where the damage is filled & painted.

Because no 2 dents are the same, and access to the rear of the dent can be significantly different depending on where they are (even on the same panel), it is impossible to give a standard price.

A dent in the middle of a door may have easy access & take less than an hour to repair, whereas the same dent on a quarter panel may have to be glued & pulled and could take more than a couple of hours to complete after parts have been removed trying to find an access point!

You can download our price guide to give you an approximate idea, but to get an accurate quote to fix your dent, you are best to contact us.

WHY USE US FOR YOUR PDR PAINTLESS DENT REPAIR SHREWSBURY?

We have customers who come from Shrewsbury, Telford, Whitchurch, Ellesmere, Market Drayton, Church Stretton, Ludlow, Wellington & all Shropshire towns, as well as further afield too. 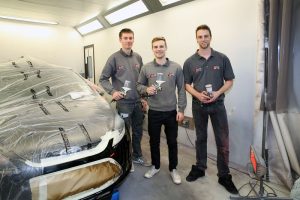